For starters, let me tell you this: It is completely possible to go backpacking on Mount Hood — or anywhere for that matter — with kids who are 2 and 6 years old.

Let me also tell you this: it is not easy.

And thirdly, I will say this: backpacking on Mount Hood with kids is not easy, but it is worth it. Entirely. 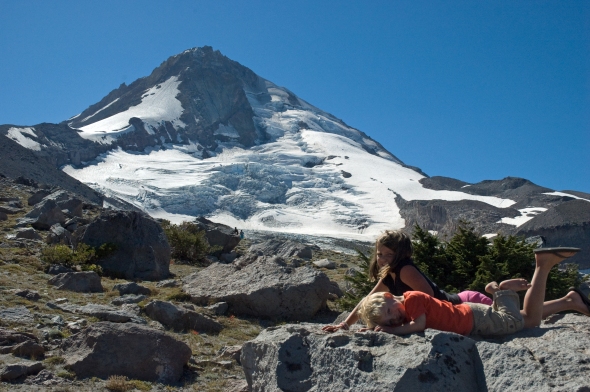 We started our recent excursion with a night up at the Cloud Cap Saddle Campground, where we explored the remnants of the Gnarl Ridge fire, which came close to roasting not only the campground but also the historic Cloud Cap Inn, the Snowshoe Club Cabin, and a few other irreplaceable gems back in 2008. Thankfully, crews back then were able to halt the fire just outside the historic structures while also allowing nature to run its natural course. 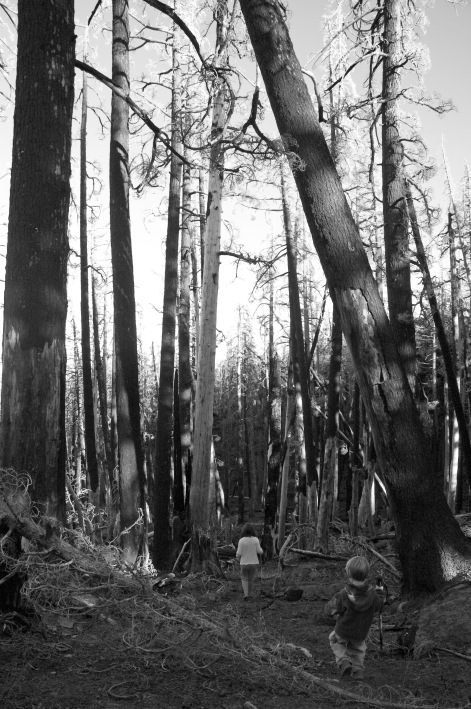 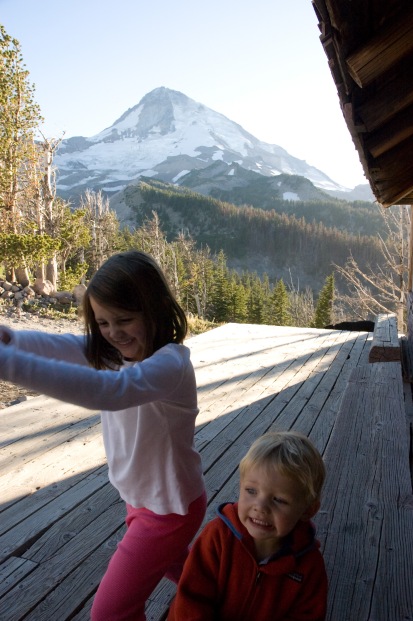 The next afternoon, we loaded up and started up the trail toward Cooper Spur, quite possibly the best day hike on all of Mount Hood. With Spencer on my back, heading above 30 pounds even before I added any gear and leaning this way and that, I do believe I can say I’ve carried the heaviest and most cumbersome pack I ever will. But the going was slow and steady, and eventually he fell asleep, which added a nice touch of stabilization.

Madeline’s gripes started about 15 minutes up the trail, but a little break and the promise of a stone fort just up ahead kept her spirits in check. 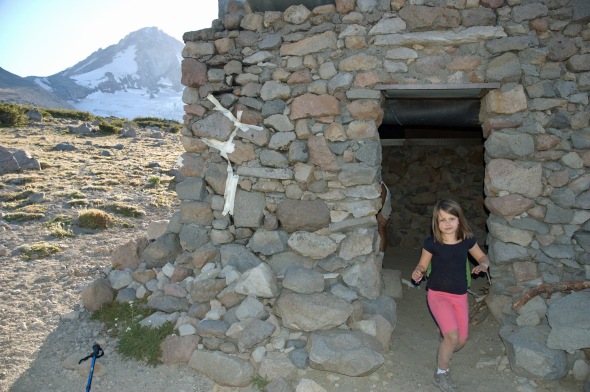 We made the camp site in decent time and set up for an evening of bouldering, sunset and mountain gazing, and simply soaking in the greatness that is life more than halfway up Mount Hood. It sounds relaxing and idyllic, and in a way it was, but let me also say that it was so nice to have an attentive aunt along for the ride. 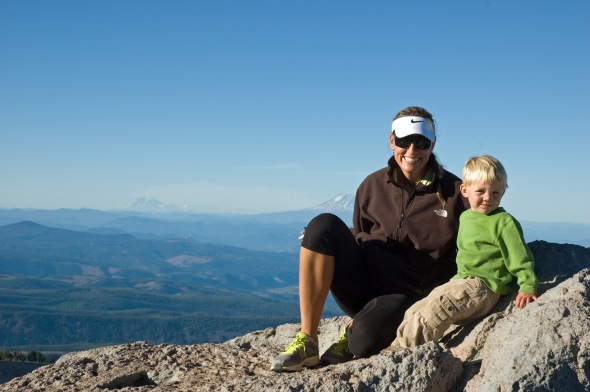 The next morning, we set out for a little walk up the spur, knowing full well that not all of us would make it. The kids are troupers, to be sure, but all the way up Cooper Spur is not exactly a walk in the woods. It’s tough, it’s scrambling, and it’s  a touch dangerous if you’re not completely careful. Even so, when I turned around with them at about 7,600 feet to head back down, I couldn’t help but think: Wow, how cool is that? 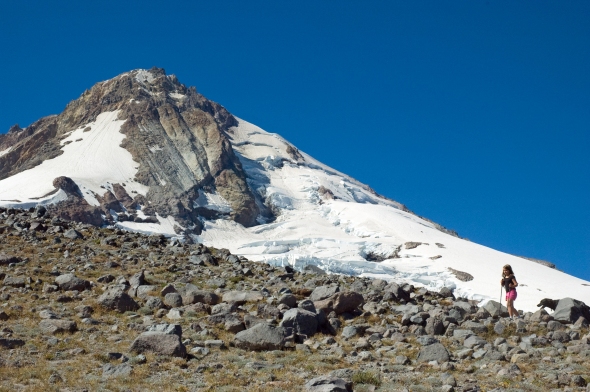 I wish I could say that every minute up on Hood was a smile and a grand view, but these pictures, they lie. Or at least they leave out the parts of the trip that weren’t incredible. The burden of the packs, the tantrums, the tumbles off the rocks, the spilled milk . . . But though we may remember those bits of this and any trip, there are other images, like those captured here, that we remember most, that make us smile in retrospect, entirely glad that we made the effort and the trip in the first place. 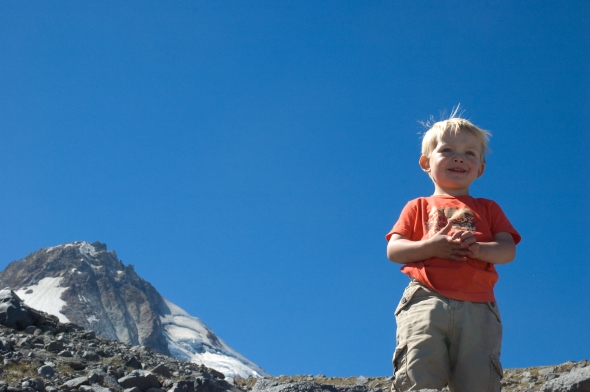 This entry was posted on September 13, 2012 by onmounthood. It was filed under Hiking, Mount Hood and was tagged with camping, hiking, history, Mount Hood, photos.