For a few months now, I’ve been sharing details about the paperback of On Mount Hood, including the event at Powell’s at 7:30 p.m. Wednesday, April 24. That event is just two weeks away, and now I’m really excited to announce that two fantastic friends of Mount Hood will be a part of the night as well.

In addition to my new slideshow and a reading from the book, Jon Tullis, who has been with Timberline Lodge for more than 25 years, and Gary Randall, an incredible photographer who’s been capturing amazing images of Mount Hood for decades, will be sharing their stories and images of the mountain as well.

Jon Tullis is currently the spokesman for Timberline, vice chair of the Oregon Heritage Commission, and also the editor and writer behind the book, Timberline Lodge: A Love Story. He’ll have some classic historical photographs, possibly a short movie about Timberline, and some stories to share from his time at the lodge.

Living  in the shadow of Mount Hood for most of his life, Gary Randall has been a photographer since buying his first camera in 1976. There’s a pretty good chance that if you’ve seen a jaw-dropping shot of Mount Hood that you just can’t ignore,  it came from Gary. He’ll be showcasing some of his absolute Hood favorites.

We’ll have time for some Q and A afterward — and hopefully some other great Hood stories from anyone willing to share — and then maybe head over to Deschutes for a pint or two to fuel plans for our next adventures on Mount Hood.

See you at Powell’s on April 24th! 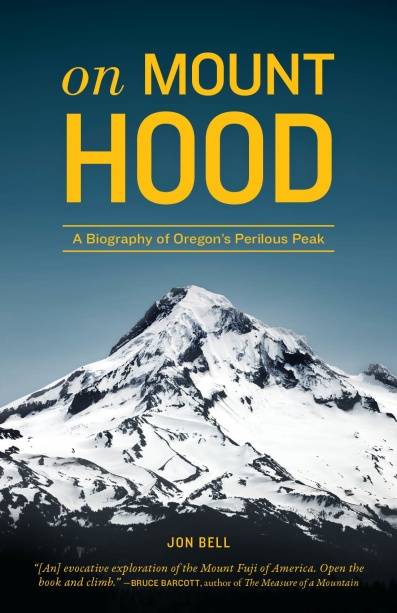 This entry was posted on April 10, 2013 by onmounthood. It was filed under On Mount Hood: the Book .