Thanks to being included in Laura Stanfill’s Brave on the Page book last year, I made a bunch of great new connections in the Portland writing scene. Among them:  Laura herself, who started Forest Avenue Press; Joanna Rose, a local writer and teacher who was on our Timberline Trail adventure last month; Scott Sparling, author of Wire to Wire, a great novel set in a corner of northern Michigan that’s near and dear to my heart: and Stevan Allred, a local writer and storyteller who included me as part of his annual Writers Night at the Springwater Grange earlier this year.

Now, Stevan’s book, a fantastic collection of related stories called A Simplified Map of the Real World, is being published (as Forest Avenue’s second title!), and they’re releasing the book in the biggest way possible in Portland — with a kickoff event at Powell’s City of Books on Burnside. The event starts at 7:30 p.m. tomorrow, Sept. 12, and promises to be a great one. 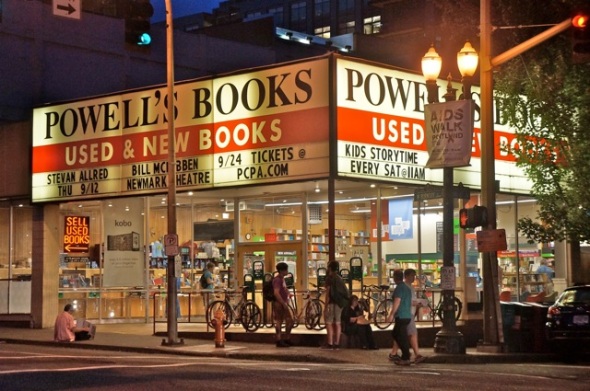 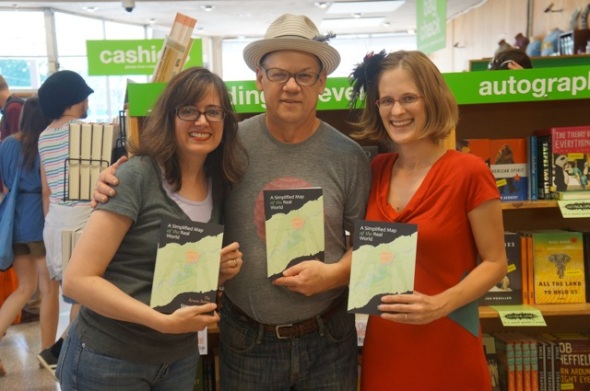 This entry was posted on September 11, 2013 by onmounthood. It was filed under Writing and was tagged with book, Brave on the Page, On Mount Hood: the book, powell's books, writing.