Rerouting the Timberline Trail at the Eliot crossing

Anyone who’s hiked the Timberline Trail in its entirety in the past eight years or so knows that crossing the Eliot Creek on the north side of the mountain can be a bit dicey. That’s because a massive debris flow in November 2006 wiped out the established crossing, which for years had been susceptible to the mountain’s fancies anyway.As a result, the Forest Service closed the crossing, officially, if not exactly completely, rendering an uninterrupted circuit of the mountain impossible. 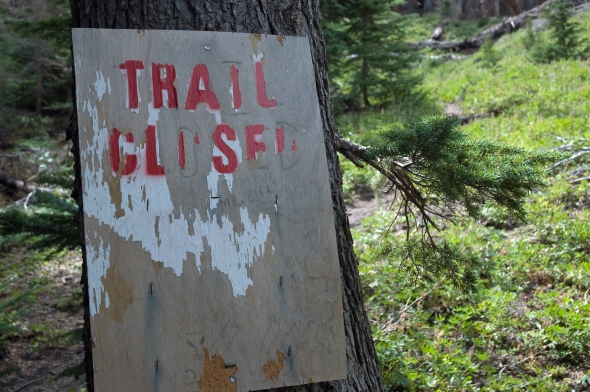 The closure, however, didn’t stop people from crossing the creek; it just forced them to find other ways to get across, usually heading high up onto the Eliot Glacier  or dropping way down one side of the unstable moraine, crossing the icy cold creek, and then heading back up the other side. 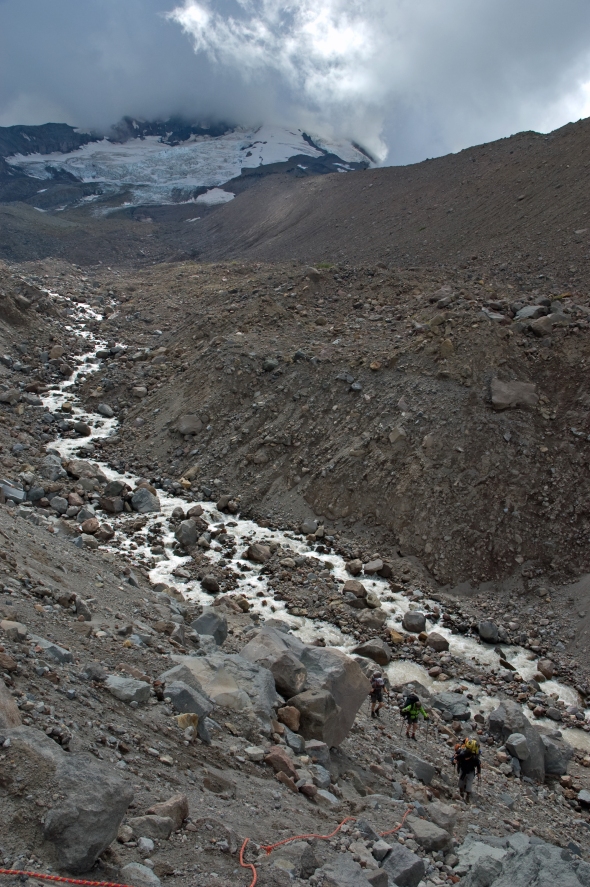 It’s doable if a bit dangerous. We did it in 2013 and found the approach to be the most difficult part. Crossing the actual creek was frigid, but all in all it wasn’t any more difficult than some of the other creeks and rivers along the 41 miles of the trail. 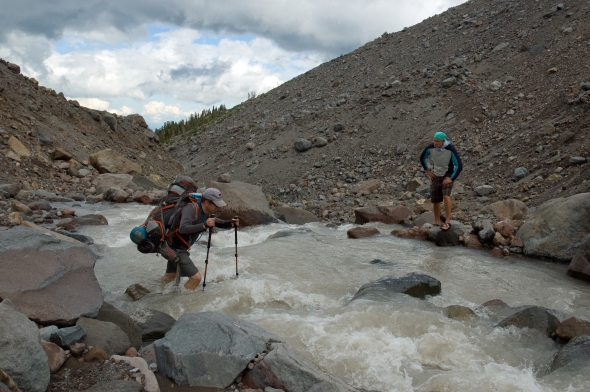 Now, however, the Forest Service is looking for a fix. Original plans called for a pretty substantial suspension bridge across the Eliot, but those have, thankfully, been dropped. Plan B is a reroute of about 1.5 miles of the Timberline Trail. The new leg would head west from the Cloud Cap Saddle Trailhead and switchback down to the Eliot. There are no plans for a bridge at this new crossing, so hikers would still have to find their own way across the creek. The lower elevation of the crossing, however, would theoretically make for a better if not safer crossing than higher up.

As part of these plans, the Forest Service is also proposing the removal of existing segments of trail that have for years led to the washout crossing on both sides of the moraine. The eastern portion of that trail is actually a fantastic alternate route for going up or coming down the Cooper Spur Hike, as it affords incredible views out over the Eliot and up the north face of Hood. To lose that option would be unfortunate, even though it would probably still hang around as an unofficial footpath.

The Forest Service is currently accepting comments on its plans for the Timberline Trail, but only until 5 p.m. Wednesday, Sept. 30, so if you have thoughts to share, now’s the time to do it. They can be emailed to Casey Gatz in the Hood River Ranger District at cgatz@fs.fed.us. More information about the project is also available here.