Because of the snow still piled on the Timberline Trail and the looming high clouds above, and just maybe because of the far-off thunder in the distance, I had my eyes focused on my GPS, which was supposed to be guiding us toward Dollar Lake, a tiny tarn tucked into the northwest shadow of Mount Hood. It’s a lake I’ve always wanted to explore but that in 18 years of traipsing all over the mountain, I never have. It’s not that hard to find, but it’s not super straightforward either. No matter, I had my GPS and we would find it.

“There’s a cairn right back there,” said my friend, Wyatt, pointing out a tidy pile of rocks marking a side trail that I’d just completely blown past,   Hmmm. Yeah, that’s probably the way.

We’d decided to hike to Dollar Lake on Sunday as a way to have a cooling destination to counter the heat that’d been baking the metro region for the prior few days. Thanks to a quick change in the weather, we didn’t really need the cooling off, but we headed for Dollar Lake anyway, setting out up Hood’s Vista Ridge trail, one of the classic access points to the mountain’s northwest reaches.

The trail slopes up a scenic ridge marred by the 2012 Dollar Lake fire — marred, or rejuvenated, depending on how you look at it. There were just a few avalanche lilies on display. 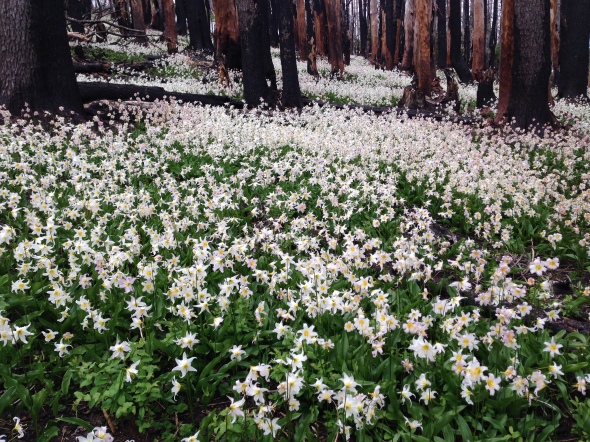 Higher up, we ran into plenty of snow and some ominous clouds, but they were high and the mountain was out, so we pressed on, determined to find the lake.

The GPS pointed us in the right direction, and Wyatt’s keen observation found the trail up to the lake. It was just a ways beyond a sign that brought back a very clear memory from our hike on the Timberline Trail last year. I’ve not written about that yet, but it’s coming. 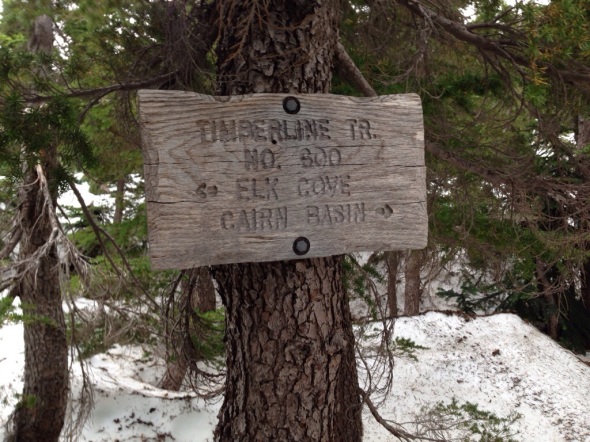 We thought the lake might have still been frozen over or buried in snow. It was, but only partially. In fact, the lingering snow and ice actually made it even more of a sight than we’d expected.

The views of the mountain from up near this little lake are also pretty amazing.

Oliver, too, seemed to enjoy it. I knew he would. He always does.

We didn’t tarry, though. Not only were the mosquitos happy to see what might very well have been their first meal of the season, but the looming clouds and thunder ceased to loom and actually started to rumble. There wasn’t much else we could do other than high-tail it back down the ridge to the car, where the lightning cracked, the hail pelted and the icy lagers refreshed.

On Mount Hood, the Mazamas and the Timberline Trail

Last summer, the morning that we kicked off our 2013 hike around Mount Hood on the Timberline Trail, I had a quick book signing event at Timberline Lodge with a few other mountain writers. One of those was Sonia Buist, a physician whose book, “Around & About Mount Hood: Exploring the Timberline Trail, Access Trails, and Day Hikes,” is one of the most detailed guides for the trail.

She’s giving a presentation on her book at 7 p.m. Wednesday, April 2, for the  Mazamas and has graciously invited me to share a few pictures and stories from our epic trip around the mountain last summer. The free event will be at the Mazama Mountaineering Center at 527 SE 43rd Ave.

If you’ve ever wanted to hoof all 41 miles of the Timberline Trail in a single backpacking trip or explore this classic trail in digestible segments, this night should provide information — and inspiration — aplenty.

Crossing the White River on the last few miles of the Timberline Trail, Aug. 2013.

Time flies by, especially at the end of the summer, with out-of-town guests, back-to-school prep, and cramming in as much fun as possible while the days are still warm and bright.

It’s great, of course, but it also makes it a little tough to get some things done, like writing about our epic trip on the Timberline Trail nearly a month ago. I will get to it — and all my pictures — soon, but in the meantime, here’s another sneak preview from that trip. This is one of those views of the mountain you only get if you work for it . . . 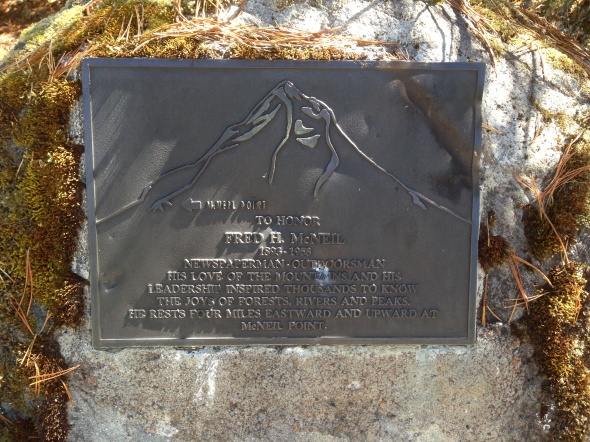 Just over 40 miles — and lots of huge vistas, rushing rivers, deep creeks, raindrops, knock-you-aside wind gusts, friendly faces, and alpine adventure — later, and the Timberline Trail is behind us. There will be plenty of details and images to come, but for now, just a quick look from another epic trek on this classic Mount Hood trail. 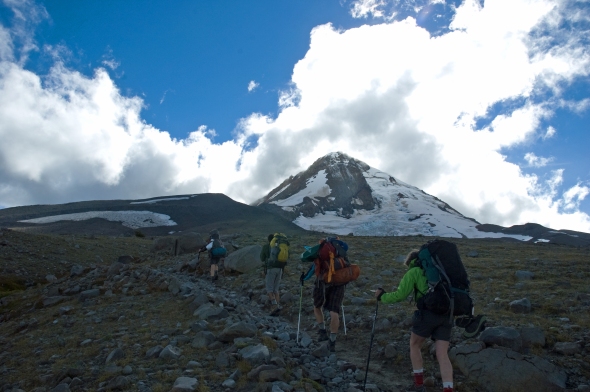