They grow up so fast

It’s so cliche, but it’s so true. One day, they join you in the world not able to do much more but depend on you; the next, you’re packing them off on a school bus for their first day of kindergarten.

I’ve watched my daughter grow up so fast over the past nearly six years. Because I’m a freelance writer and get to work from home, I’ve been lucky to spend so much time with her that I would miss out on if I had a regular 9 to 5 gig.

How much she has grown up over the past few years really hit home with me a few weeks ago, though, when we headed up to Mount Hood to hit the Tamanawas Falls trail. Madeline had been on some hikes before, but something about this one, when she had her own trekking poles, her first real backpack, and a real desire to lead the way, seemed like a milestone. When she loaded up and had herself ready to go, she just seemed so grown up. 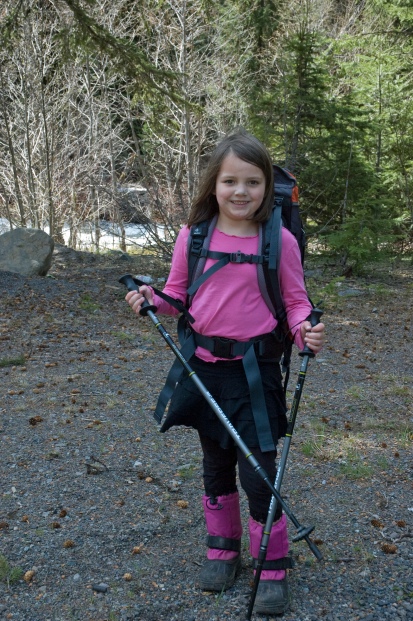 At the same time, it reminded me of the very first time we brought her hiking with us up on Mount Hood, a trip I detail in On Mount Hood. She was a touch younger then — just a year and a half — but even way back then, it seemed like she was already growing up so fast. 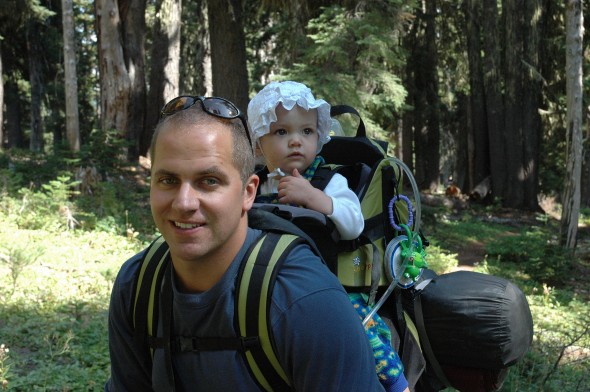