Scenes from a Ski Season on Mount Hood

Sure, it’s been over for us for just about a month now, but it was a good one this year, the ski season on Mount Hood.

For us, not hardcore skiers by any means, it didn’t even start until early March, when Amy and I took a day on the slopes to ourselves to mark our 20 years together while the kids learned away. We sampled Timberline’s new Phlox Cabin and just got our ski legs on for the season.

While we’ve done Timberline’s spring pass in the past, we decided to branch out this year and check out just what Mt. Hood Meadows had to offer. Lame, I know, that in our nearly two decades here in Oregon, we’ve never skied at Meadows, even though we’ve hiked through it and sledded just down the road at White River.

From the first go at it, though, we were hooked.

Wow. We’d heard some rumors about Meadows compared to Timberline: that it was overcrowded, full of attitude, expensive. None of that came to light for us.

Instead, what we found  all spring season long was a flood of new terrain and vistas that we’d never taken in before, friendly folks all around and just a fun, mountain atmosphere. Some scenes from this season as we look forward to next (but head into a sunny summer first) . . . 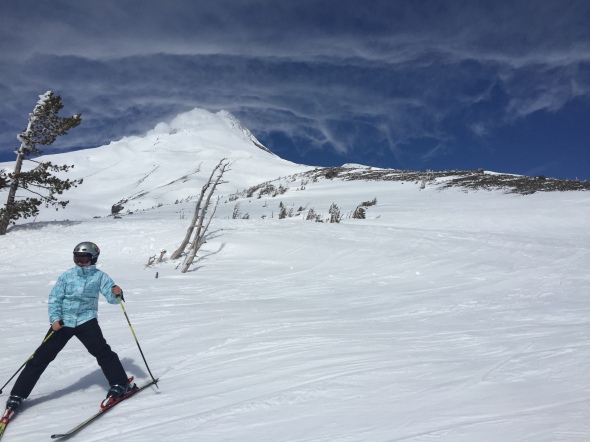