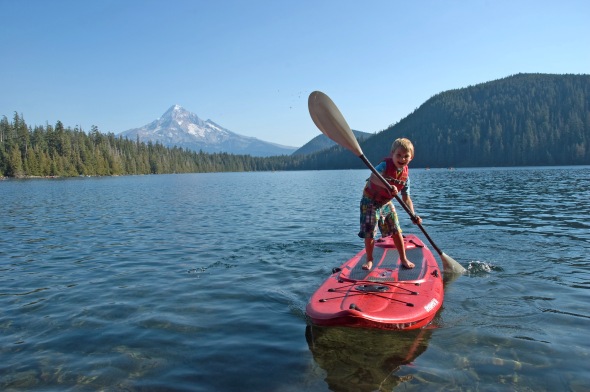 Pretty sure I already wrote an end-of-summer-on-Mount-Hood post, but that was before we went to Lost Lake a few weeks later. It’s been a few weeks since that trip even, but let me tell you, from crawdads and newts to sunlit hikes, stand-up paddle boards, kayaks and fishing, summer was alive and well on Lost Lake well into September. 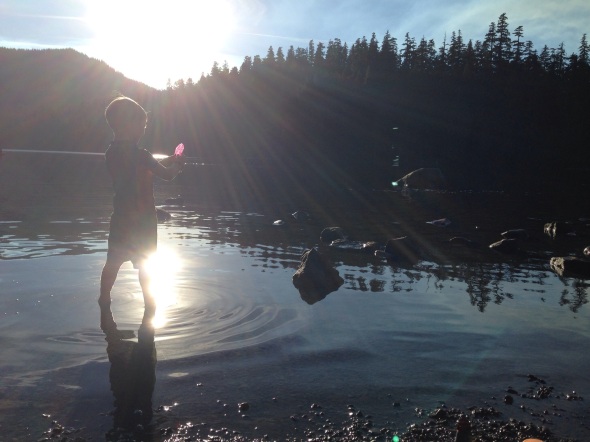 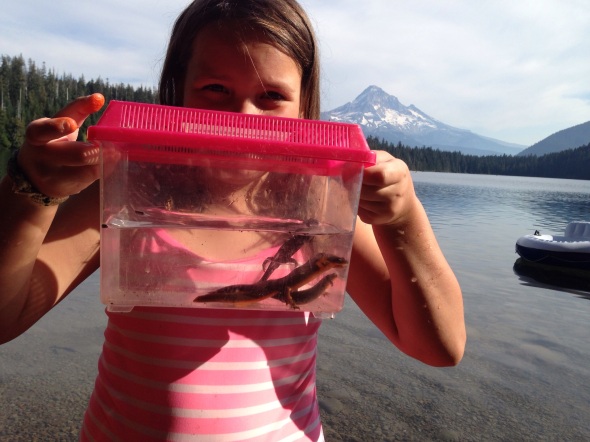 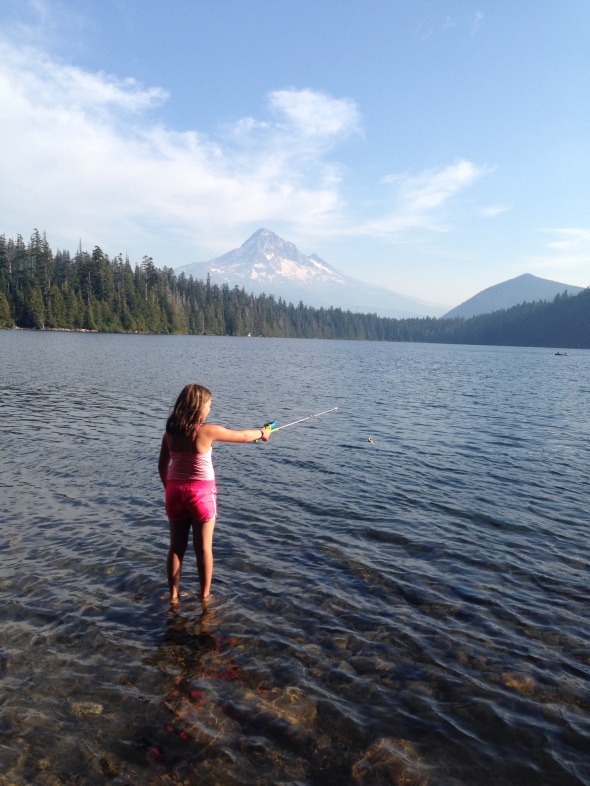 Sure, it can be a little crowded — popular might be a better word — and a touch loud close in near the boat ramp, but there is something about Lost Lake on Mount Hood that absolutely spills out summertime.

Part of it is the nostalgic air of the rustic resort (which just sold for $1.2 million to some lucky someone who will hopefully maintain its endless charm), the rowboats, the campfire smells, the chill lake — just brisk enough to refresh, just clear and calm enough to  lounge about in for a while.

A simple stroll encircles Lost Lake as well, and despite the crowds on hot summer days, it still seems that you’re always able to find a spot here or there to set up for the afternoon and soak it all in. We did as much a couple weeks ago on one of the warmer Oregon weekends, and relished not only the lake, but trail-side huckleberries and salmon berries, squirt guns, elusive crawfish and newts, and a laid-out tree that invited all kinds of exploration.

Essential to a great day on Lost Lake, however, is actually getting out on the water. People do it in any number of ways, from renting rowboats and canoes from the resort to bringing their own boats, tubes, rafts, and even a few air mattresses. There is simply nothing better than being out on the water on days when the temperature and the sun are relentless, the air still and warm. Get on the water, and all of a sudden all is chill and forgotten.

But what makes Lost Lake the quintessential Mount Hood lake for kayaking, swimming, soaking in the rays, and simply enjoying a real summer day near the mountain, is the unmistakable view you take in from the middle of the lake. There’s no mistaking it. Summertime at Mount Hood.

Escaping on the kayak — at home and on Mount Hood

Spence and I raided the scones, made like trees and left for the river before anyone could so much as tsk tsk  us.

Our plan, other than giving the tea party a mighty wide berth, was to simply cruise the Willamette in the kayak and soak up the sunshine of a late and glorious spring afternoon in Oregon. That’s just what we did as we paddled downriver from George Rogers Park, past rowers and scullers slicing through the calm water, fishermen slowly trolling along, geese, ducks, osprey, and even a bald eagle filling the blue sky.

It also got me to thinking about other places I love to take the kayak, especially now that the weather is shifting in our favor. I love having the Willamette so close by, but let’s face it, it’s not Lost Lake up on Mount Hood.

It’s not Trillium Lake up on the south side of Mount Hood either, though Trillium’s crowds these days can sometimes be more than enough to make you want to steer pretty clear of the lake despite its views and chill kayaking. 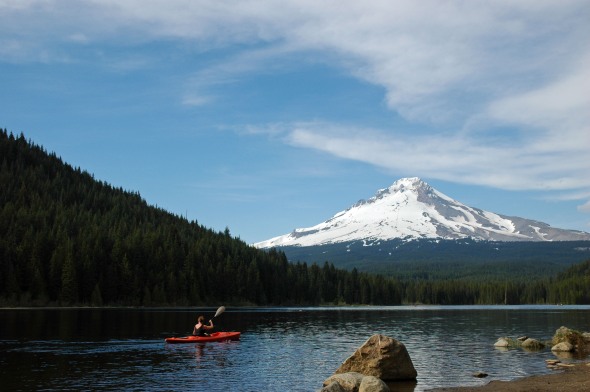 Some other nice spots for flatwater  kayaking, canoeing, or just slow, easy boating up around Mount Hood also include Timothy Lake, Clear Lake, Frog Lake, and Laurance Lake. The entire Mount Hood National Forest, in fact, is full of some great offerings for boaters of all kinds — even, I’m sure, those just looking to get out on the water and a little farther away from a tea party . . .