Thinking of getting up to Mount Hood for a hike? A night under the stars? A paddle across an alpine lake?

The coronavirus has two words for you: Think again.

The reason, of course, is COVID-19 and the effort to contain it. In the Forest Service’s words, the closures aim to “support state and local measures directing people to stay home to save lives.”

Until we can get back out there, a few photos from some favorite Mount Hood sites.

The Best Mount Hood Sledding for 2019

Membership has its sledding perks.

In this case, that’s having a son who is a member of Cub Scout Pack 413. As a result, we were able to head out on a Mount Hood sledding adventure two weeks ago with his fellow scouts to the Aubrey Watzek Lodge near White River.

The lodge was, unfortunately, locked up. But the sledding hill was wide open and made for a great Sunday afternoon.

A snow cave break from sledding.

But don’t worry. If you don’t have a Cub Scout connection, there’s still some great sledding to be had on Mount Hood. Here are some some of the best sledding spots on Mount Hood for 2019.

White River Sno-Park — About 4 miles north of US 26 on Oregon 35 just south of Mt. Hood Meadows, the White River Sno-Park is great for easy, fun and free sledding on Mount Hood with little ones. The closest hill is just a five-minute walk up the snowy road from the parking lot; bigger and better hills are just a little farther along. Because it’s also a popular skiing and snowshoeing spot, White River can be a touch crowded, but it’s expansive enough that there’s room enough for everyone. And with an incredible view of the mountain as backdrop, there’s little to complain about. (It doesn’t cost anything to sled here other than a Sno-Park permit. If you buy a permit from a DMV, they’re $4; most vendors that sell them jack them up a buck or two.)

Little John Sno-Park — At 3,700 feet just 30 miles south of Hood River on Oregon 35, this free Sno-Park (free sledding on Mount Hood except for the Sno-Park permit) is fairly low in elevation, so if it’s a low snow year the pickings can be slim. (As of Dec. 28, 2018, there is not enough snow at the park for sledding.) But when there is snow, the sledding looks like good fun. There’s also an old log warming hut. The Forest Service only allows plastic sleds and tubes.

Summit Ski Area — Mount Hood’s oldest ski area (now owned by the folks who operate Timberline) is also home to a tubing area. You can’t bring your own sled, but for $26, you get a tube from 9 a.m. to 4 p.m. Summit is just east of Government Camp.

Snow Bunny — It used to be that you had to use tubes provided by Summit at this sledding hill east of Government Camp, but this year, it’s different. The Forest Service notes on its site that there are no fees here from November 2018 to May 2019 and personal sledding devices are permitted.

Mt. Hood Skibowl — The closest ski area to Portland is also home to a snow tubing area. Cost is $27 for adults for three hours and $22 for juniors. The area includes a tube conveyor for heading back up the hill. In addition to regular tubing, Skibowl also offers Cosmic Tubing on weekend nights with laser lights, black lights, music and more.

Other Sno Parks and Areas — The Forest Service also lists Sledding and Tubing as activities at these other Mount Hood Sno Parks: Government Camp Summit Sno Park and Multorpor Sno Park. I’ve also seen reports of sledding opportunities at Trillium Lake, near the Hemlock Trail in Government Camp and elsewhere.

On Mount Hood — without Oliver 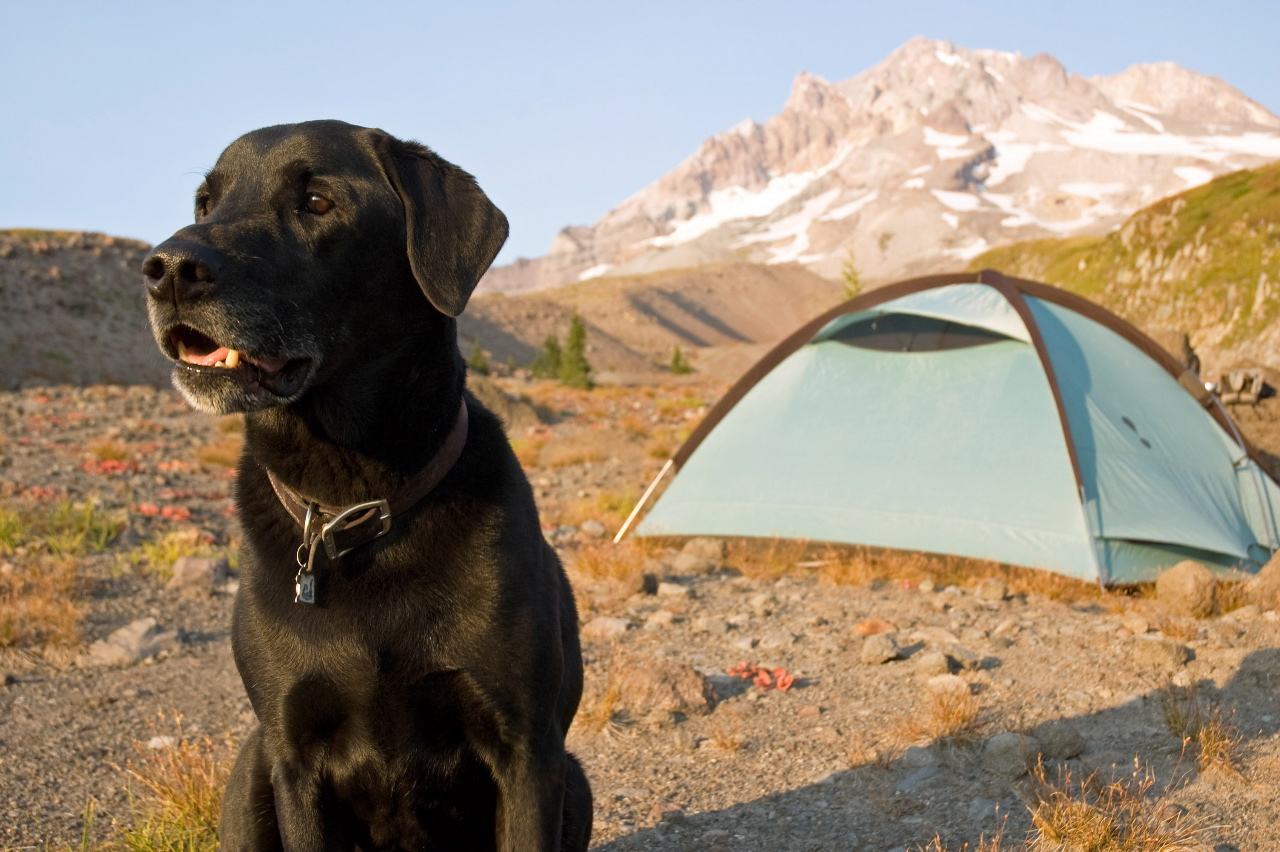 Yesterday marked a year since Oliver left us after almost 13-and-a-half years. We raised our glasses to him at dinner and talked about him throughout the day.

I’d also written a little recollection about him over the summer after a hike up the Mazama Trail on Mount Hood with my friend Mark Pomeroy in July. That hike sparked a lot of memories of Oliver, as he and I had done it together five years earlier.

This is what I wrote.

I still see him every day.

Not literally, of course. He’s been gone now for just over seven months, so there’s no real chance of that.

But I still see Oliver in so many passages throughout my daily life, even though he’s not physically there anymore.

When I wake up in the morning, I see him following me downstairs, heading outside, coming back in for his breakfast. Now, though, where once there was a loping black lab, there is a sly black kitty, Morrie, whose food is in the same can in the pantry that Oliver’s was.

I run down the road and along the Willamette River, which I’ve done for more than 10 years now, and I know he’s not there next to me anymore. But there were so many times he was. Ten years’ worth, and so I see his black shape there always, running alongside me, tongue lolling, nails scraping the pavement; when I’m running through the natural trail section that heads under Highway 43, I see him bounding through the greenery, running up over the boulders, slopping up water from the creek.

At home, I swear I hear his feet and toenails clicking across the kitchen floor. Occasionally I’ll see him moving across the backyard or waiting behind the slats of the side gate when I pull in after a long day of work.

But nowhere do I see Oliver more than when I’m on the trail, out in the world. Spencer remembered so clearly as we hiked Blacklock Point in June how the last time we’d done it, it was him, Oliver and me, and Oliver had gotten perilously close to the edge of the cliffs.

On that most recent trip, even though he wasn’t with us anymore,  I saw Oliver running zigzags across the beach, his ears flopping in the wind atop the cliffs, the grass flattened where he would have laid after a long day of exploration.

The reason I still see him, aside from the fact that I loved him so much and he was such a good friend to me, is that he was just always there with me. At home. On the trail. In the campsite. On his bed at my side. Always.

I saw him so much today on the Mazama Trail up Cathedral Ridge to McNeil Point with Pomerory. It’s been five years, almost exactly, since Oliver and I hiked up that trail for the first time ever. I remember that hike so vividly, how we’d never gone to McNeil that way, how Oliver’s tongue lolled way out during our lunch break, how natural he was off-leash when he was on the trail. 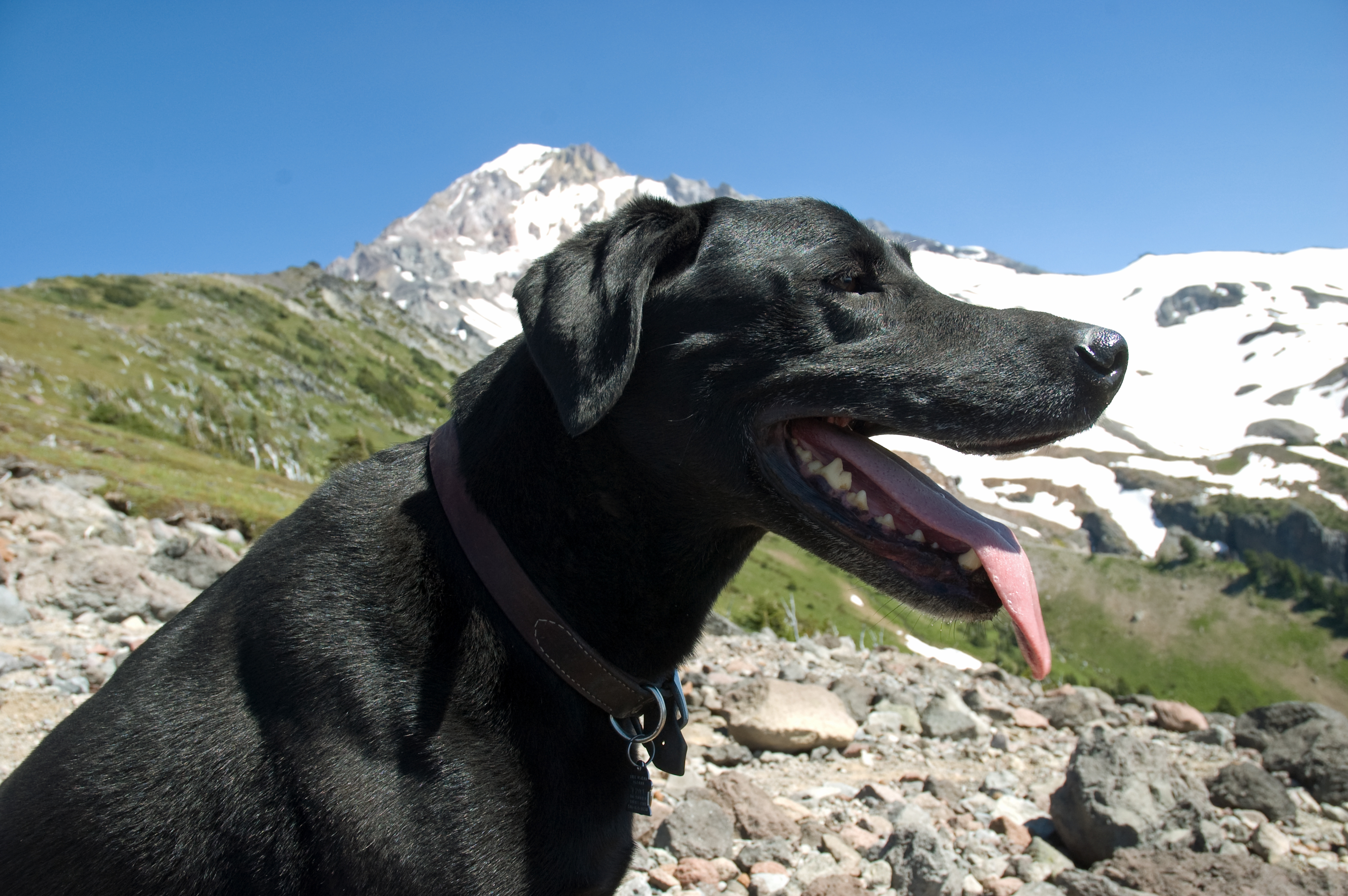 I couldn’t stop thinking about that hike with him today. So much sadness. But there he was again, darting after a chipmunk, lapping up a drink from a crystal-clear stream, seemingly smiling for the camera from our lunch break spot.

Oliver was always with me. I know he always will be.

But my heart breaks every time I think I see him and then remember that he’s not really there anymore.

We started off the camping season back in May, popping up a new tent in one of our go-to spots near the Sandy River, Riley Horse Camp. It was a beautiful weekend that included a little skiing and some horseback riding, courtesy of some friendly folks we met in the campground. 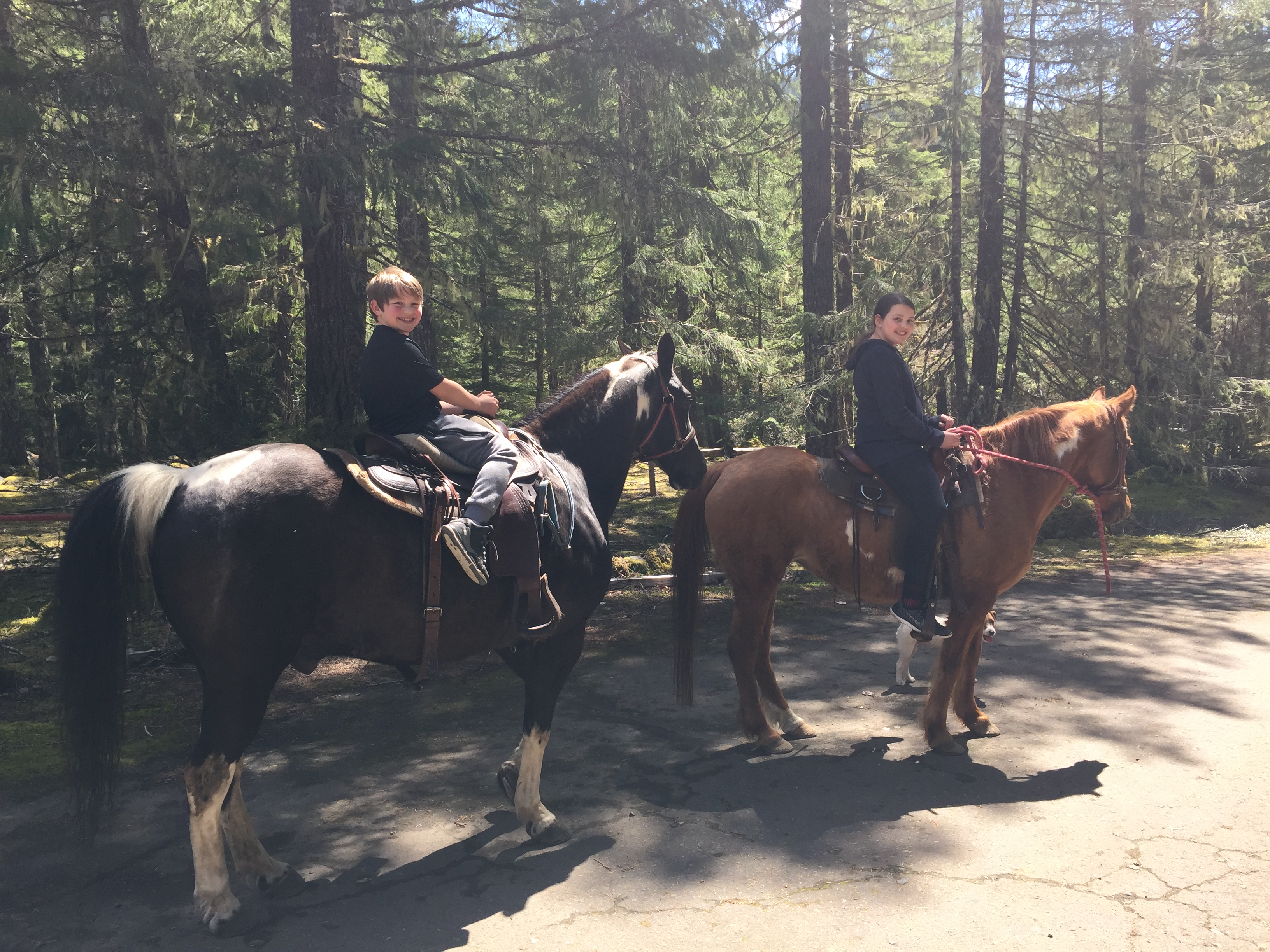 Fast-forward through a summer full of the great outdoors — a backpack on the Southern Oregon Coast, summiting South Sister, a far and wide road trip through the Midwest, four days on Lost Lake, Hood to Coast with my Run of the Press crew from the Portland Business Journal, camping in the Ochocos and at Peach Beach in the Gorge, and plenty more — and we found ourselves back at Riley Horse Camp this past weekend for a great bookend to the summer camping season.

It was cold, sure, but it was sunny and gorgeous and a perfect way to wring the most out of Mount Hood this summer. 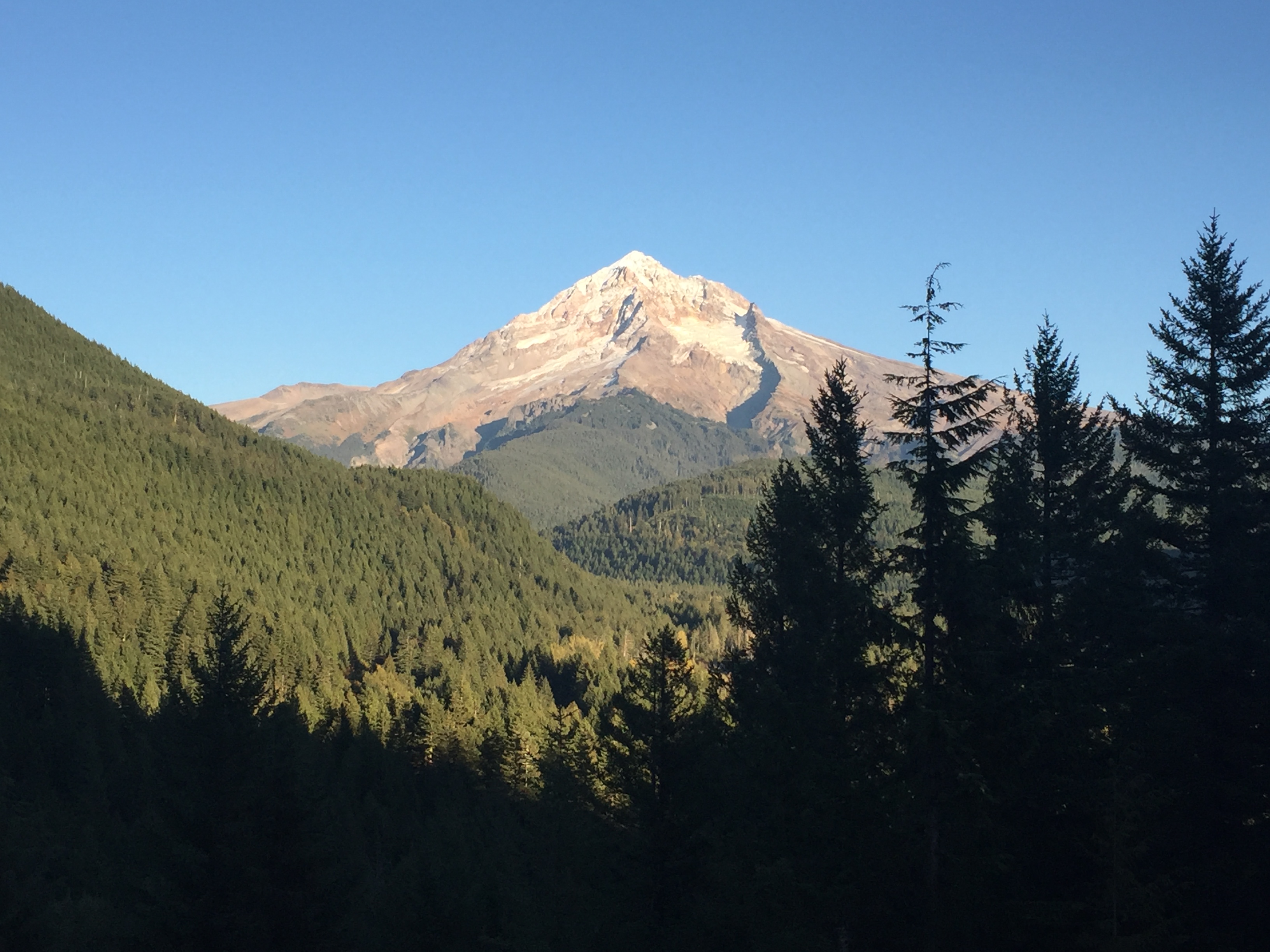 I’ve heard about the pain, the traffic snarls, the dust and darkness and exhaustion. But I’ve also heard about the fun and the camaraderie and the experience that comes from running in Hood to Coast, the roughly 200-mile relay that starts high up on Mount Hood and finishes on the sandy beaches of Seaside on the Pacific Ocean.

It’s always been an intrigue to me, and while I’ve wanted to join a team for years, I never have. This year, however, the opportunity finally arose.

Actually, it came up last year, during a happy hour at Kelly’s Olympian with my colleagues from the Portland Business Journal. I believe it was Elizabeth Hayes who offhandedly suggested that we all do it. I was instantly in, as was just about everyone else, though I’m not sure we expected to win the lottery that you have to enter to grab one of the 1,050 available team slots.

But we did, and months later, Hood to Coast 2017 is upon the 12 of us, along with several generous volunteers who have signed on to help out all the runners. Our first runner heads down from Timberline Lodge at about 11:30 Friday morning and, if all goes as planned, we’ll run across the finish line as a team at the beach in Seaside late on Saturday afternoon.

Our team name? Run of the Press, which has some old-school journalism connotations. 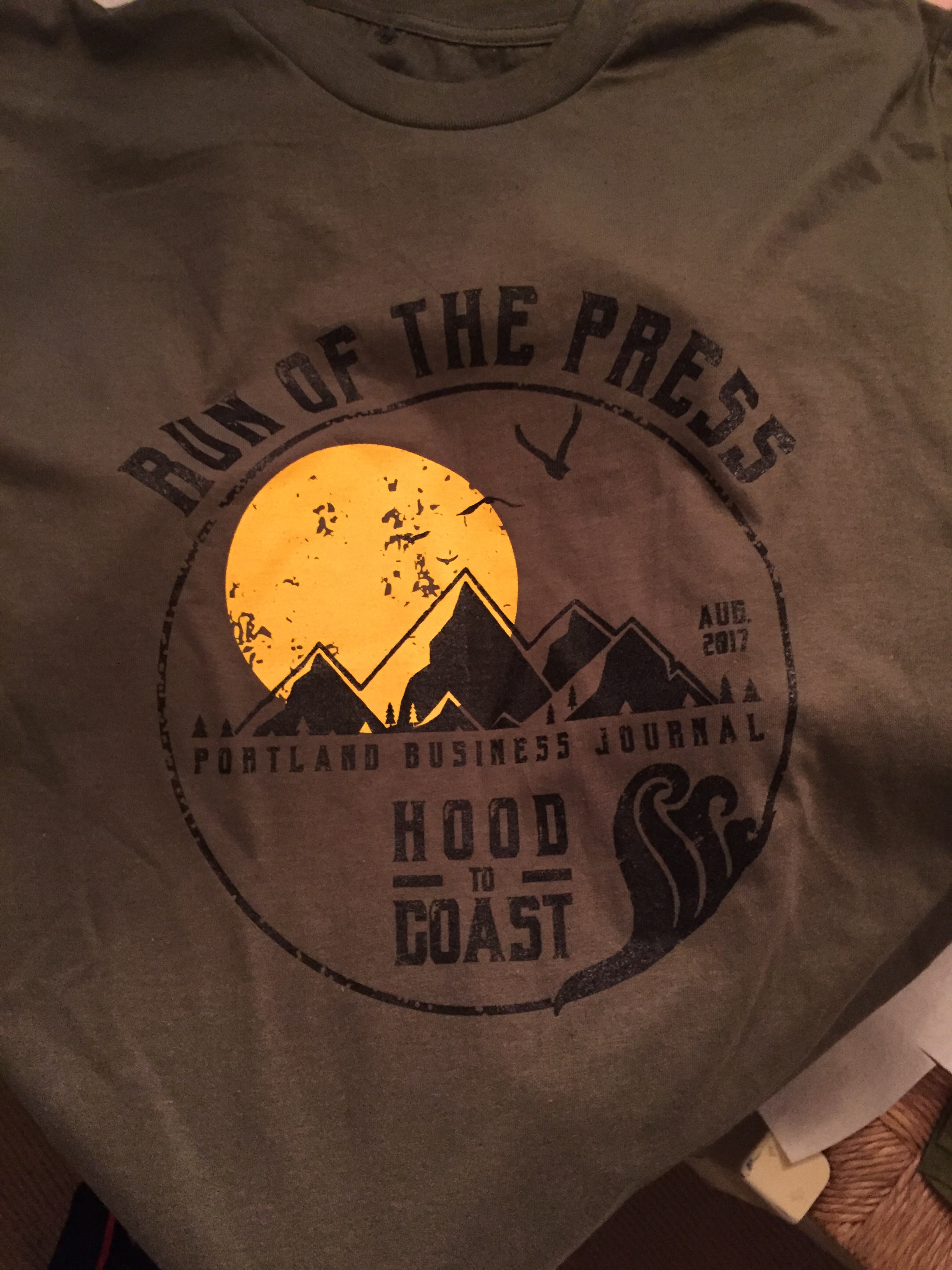 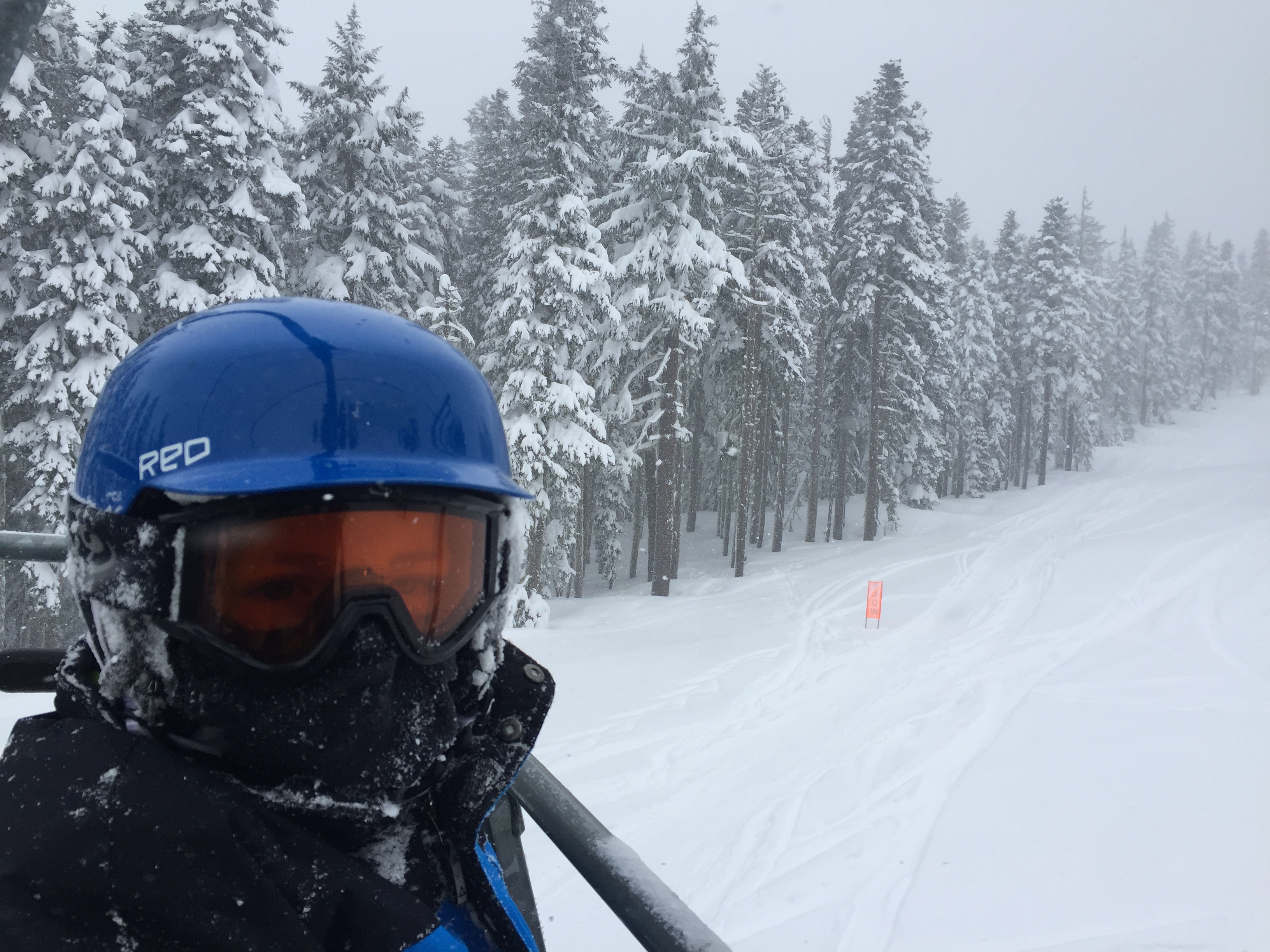 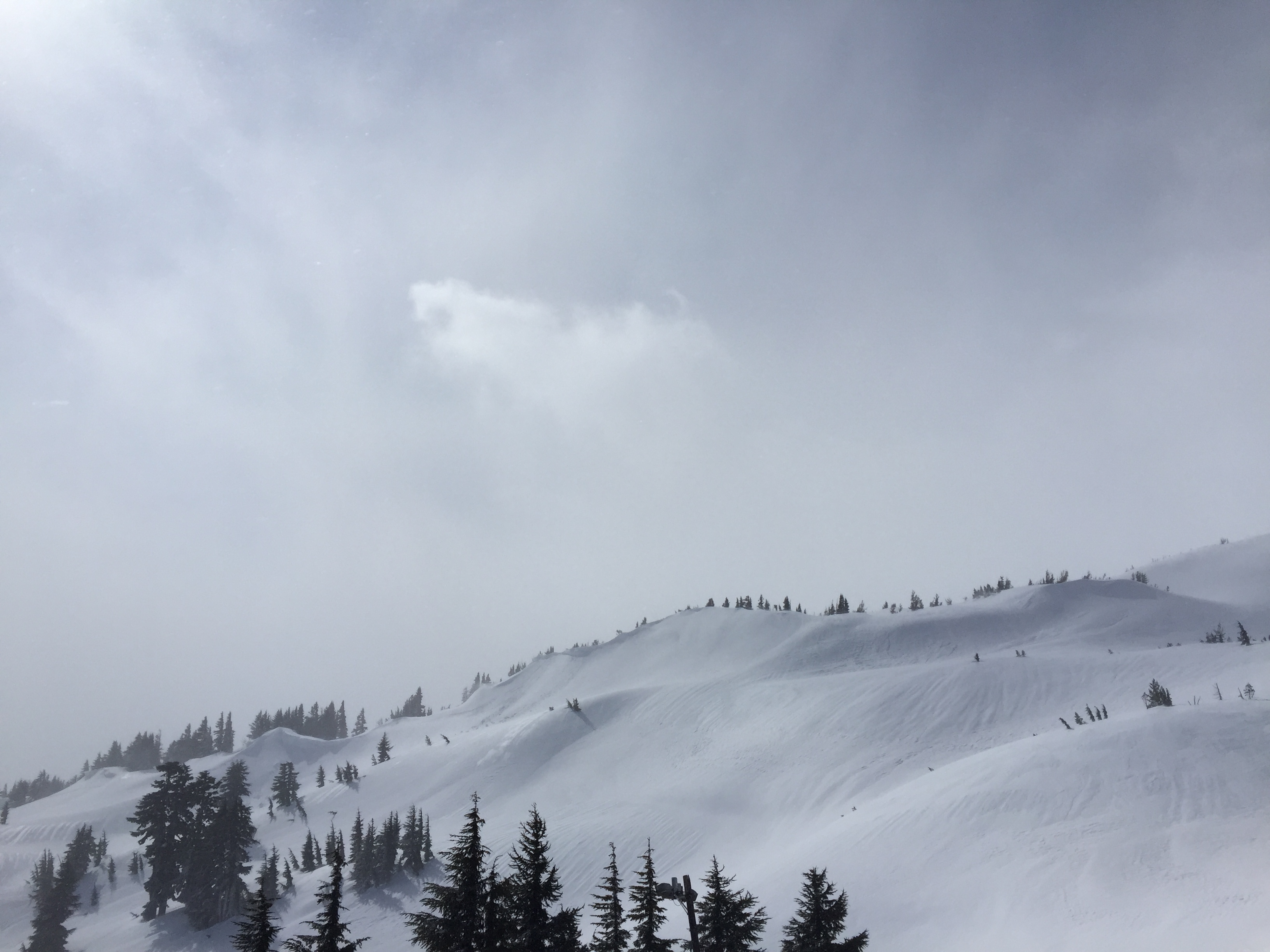 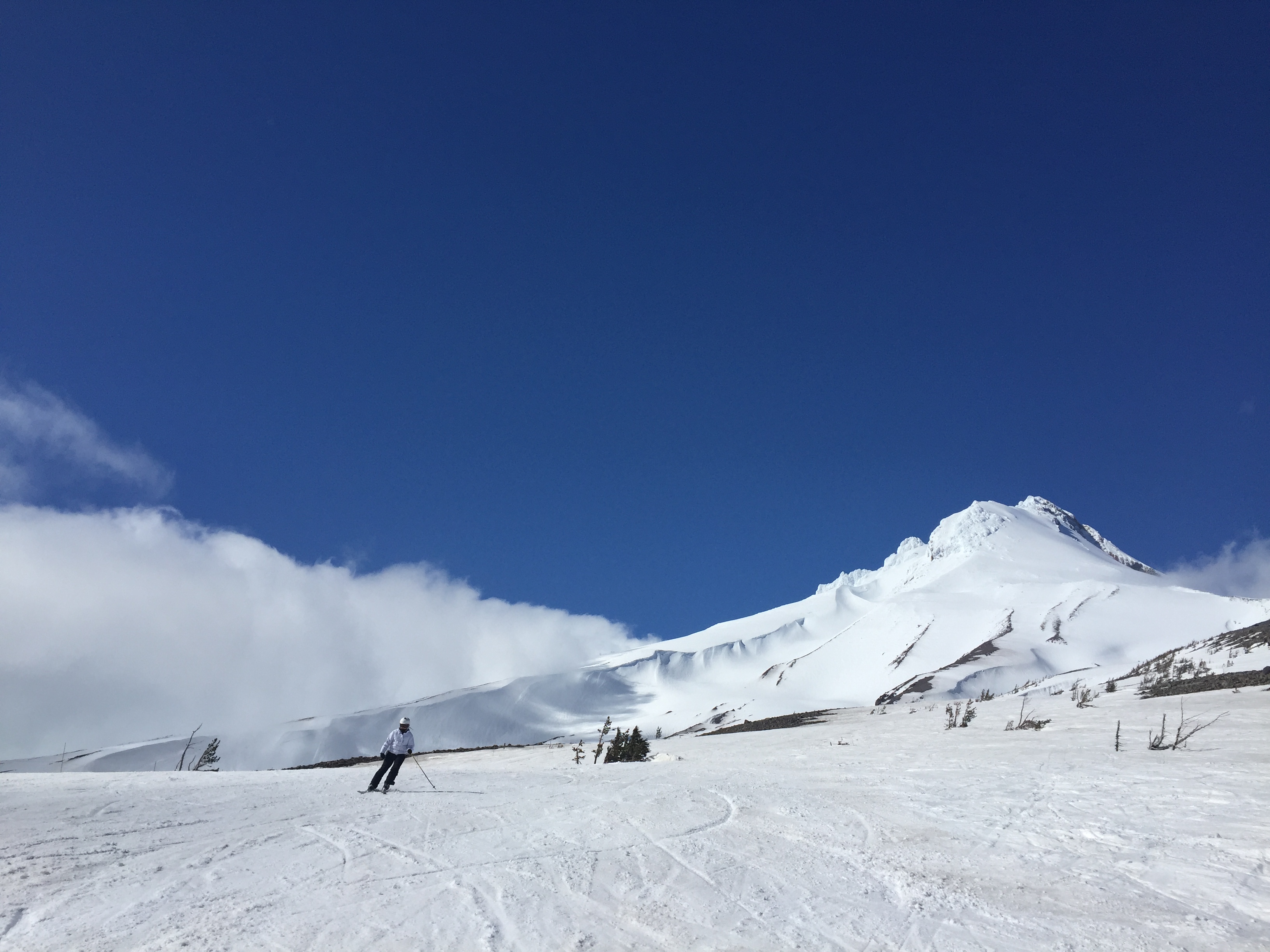