Another successful and memorable Pickathon has come and gone, though it lingers: the music, the people, the art, the food, the kids, the lighting, Marco Benevento’s 2 a.m. Monday morning set way up in the woods that seemed to be just warming up when we peeled away around 4.

I didn’t get any shots of the Mountain View Stage with Mount Hood this year, though there were times when the mountain rose off in the distance while great tunes happened right there. But Amy and I did capture a few moments from the weekend that help to share a little bit of what went on. Such fun…

Lake Street Dive at the Pickathon Cafe. Nothing more to say. 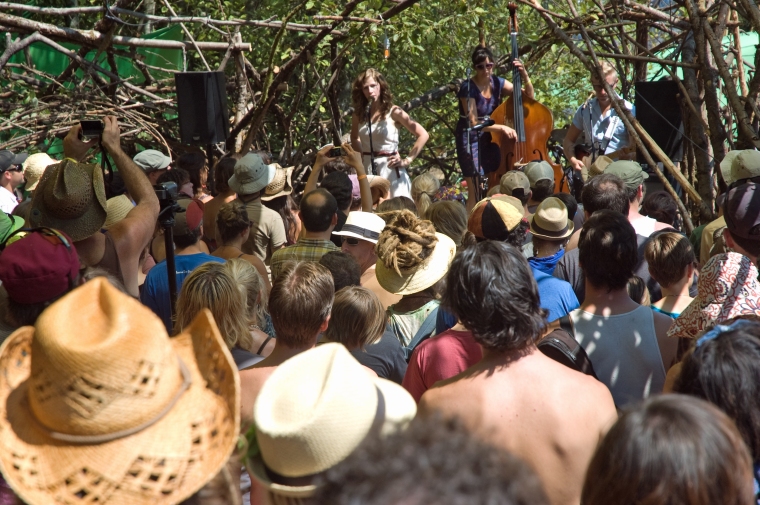 Spencer took ownership of this trail.

A little artwork along the loop trail.

I had to work during both of Dale Watson’s sets, and even though a highlight of Pickathon 2013 for me was volunteering, I was bummed to miss him and a few other acts. 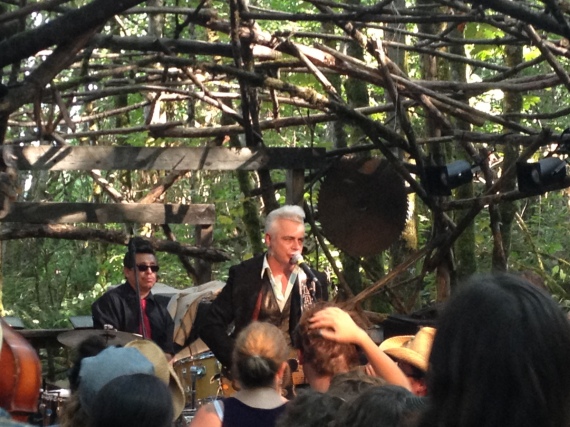 The rest of the crew got to see him and even meet him later on. Even signed Spence’s new ukulele. (A classic Madeline move below . . .)

Speaking of the new ukulele… 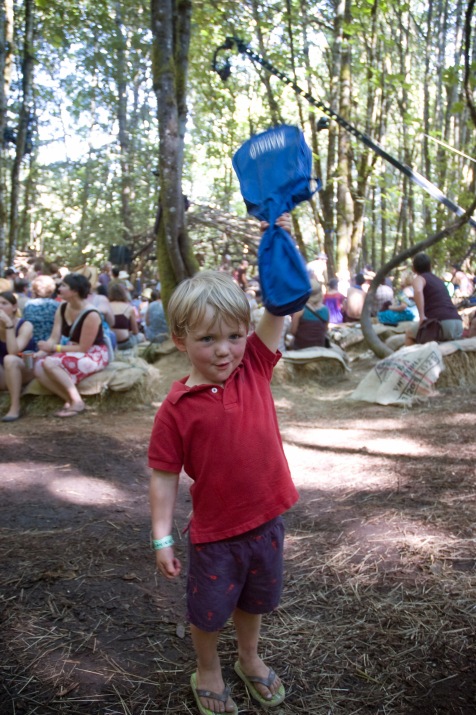 The kid busking thing has kind of become standard at Pickathon these days, but they still reeled in three bucks and some change.

We had incredible burgers from Kuza Burger  — so good that we went back twice over the weekend — but we couldn’t resist giving the donut sliders from, I believe, Red Tomatoes, a try. Not as good as Kuza, but how to resist a cheeseburger served on a fresh-made donut?

Rockin’ out with King Tufff after their daytime set . . .

Crashed out, filthy, and so content at the Woods Stage — kind of how most everyone feels after another great weekend at Pickathon.

It’s kind of a stretch to connect Pickathon, the annual indie music fest happening this weekend in Happy Valley, with Mount Hood, but I’ve been doing it for a while now, whether it’s sharing a picture of the Mountain View stage, which offers a glimpse of the mountain in the distance, or using a line from the Heartless Bastards’ song “The Mountain” as an epigraph for the first chapter of the Mount Hood book. (I first got turned on to them at Pickathon 2010.)

Not sure I have any new connections to make between the festival and the mountain just now, but who knows, maybe I will after this weekend. In the meantime, a few images from last year’s Pickathon to get ready for this year’s . . . 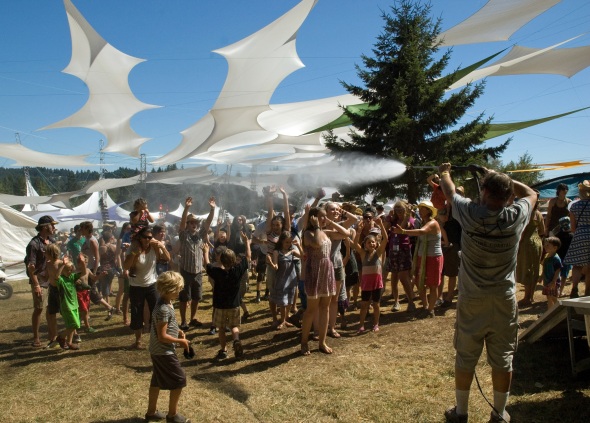 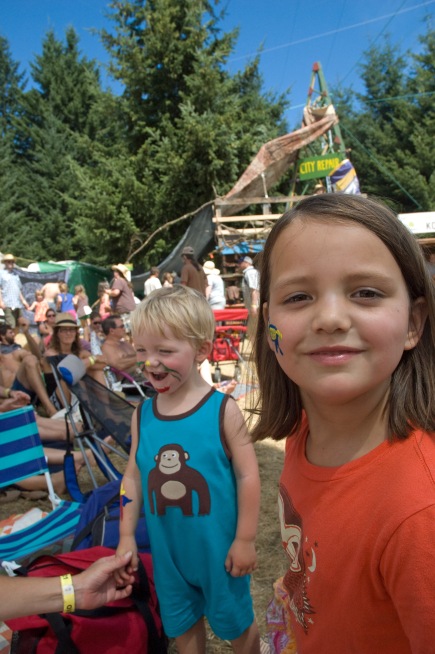